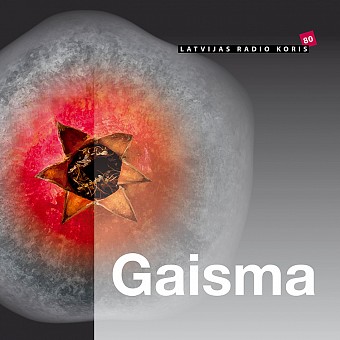 
Attention! Due to an emergency, the concert will not take place. Information about purchased tickets will follow.

Attention! Due to an emergency, the concert will not take place. Information about purchased tickets will follow.

The Barcelona native Ramon Humet’s (1968) music is frequently characterized as being atemporal, luminous, colorful, very meditative and organic. One of his teachers and biggest inflluences, the outstanding British composer Jonathan Harvey (1939-2012) commented that “Ramon Humet’s music is delicate and subtle, with high poetic imagination. Humet is a hope for the future; he has a fine ear, and a spirit full of light.” The musical catalogue of this Catalan music maker is wide and diverse – chamber music is followed by electroacoustic opuses and stage works, large-form orchestral scores sit beside emotionally charged vocal pieces, including choir music.

The inspiration for Ramon Humet’s composition Llum was Vicenç Santamaria, a monk of the Monastery of Montserrat who practices an ascetic life of solitude in deep devotion to God. This monk who is also a close friend of the composer has authored the text of this composition. The verses picked by Humet recount seven important steps in Vicenç Santamaria’s spiritual journey. The composition begins with a lullaby, inviting the audience to close their eyes; it’s followed by a mystical passacaglia that sparks self-reflection. A peaceful chant of souls grows into a story about the ups and downs of life so familiar to everyone. These worries are fought away by faithful and hopeful praises of God and a message of peace settling into the heart.

The recently departed Georgian composer Giya Kancheli (1935-2019) is mainly known as a large scale composer – in his body of work, one can find seven symphonies, a number of programme music opuses for a symphony orchestra, music for cinema and theatre an opera, several chamber pieces and extended vocal-instrumental works. “Music, like life itself, is inconceivable without romanticism. Romanticism is a high dream of the past, present, and future – a force of invincible beauty which towers above, and conquers the forces of ignorance, bigotry, violence and evil,” thought the composer, who has been described both as a “restrained Vesuvius”, and a master of focused spirituality and musical silence; an outstanding melodicist and a wizard of moving contrasts.

Kancheli’s opus Amao omi or Senseless War for mixed choir and saxophone quartet was written in 2005, three years before the armed conflict between Russia and Georgia began in August 2008. The name of the composition comes from a poem by the Georgian classic Vazha-Pshavela, but the lyrics of the composition are the composer’s own creation, freely picking sonically appealing Georgian words that describe natural phenomena and Georgian landscapes, and speak of Christian values.