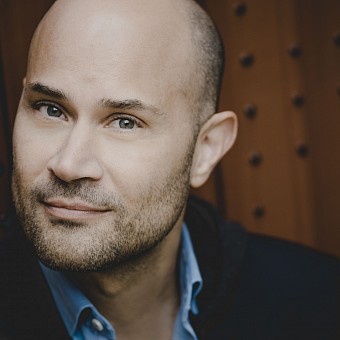 One of the most sophisticated and musically gifted modern countertenors, Bejun Mehta regularly dazzles on the stages of the world's largest opera houses, captivates in prestigious concert halls and surprises in remarkable festivals. With amazing vocal craftsmanship and the power of expression, Mehta brings to life a very wide range of music – from baroque pearls to modern scores, and more and more frequently, Bejun also turns to the art of conducting. These two facets of this American star's talent will also be revealed in the concert “Mozart, Bach, and Handel's most beautiful operatic arias”, as he performs alongside the versatile chamber orchestra Sinfonietta Rīga on the evening of December 9 at the Riga Great Guild during the festival "European Christmas''.

The younger son of the baroque genius Johann Sebastiann Bach - Johann Christian, is often referred to as the Bach of Milan or London, thereby highlighting the composer's role in the development of the music life of these remarkable cultural metropolises. His name is also often mentioned in connection with the beginnings of the Vienna classicism and the formation of the sonata, confirming that the musical language of the younger Bach had a great impact not only on Mozart, but also Haydn. Amongst all of the Bachs, only Johann Christian seriously attempted to tackle the genre of opera, and his instrumental music, including symphonies, also reflects the composer's great interest in vocal aesthetics or belcanto. This is also showcased by the sparkling energy and joyfulness of his Symphony in D major.

It is noteworthy that operatic thinking also played a key role in Mozart's creative handwriting, echoing vividly throughout his instrumental scores, including the Symphony No 29 in A major. Dated 1774, this opus is one of the last pieces the eighteenth-year-old talent composed in Salzburg before moving to Vienna. Meanwhile, his early opera seria Mitridate, re di Ponto, with its overture full of tempestuous emotions, was created before then, in 1770 Milan.

The baroque grand master Georg Friedrich Handel also used antique storylines in his works, showcased by works such as Giulio Cesare in Egitto (Julius Caesar in Egypt) and Tolomeo, re d'Egitto (Ptolemy, King of Egypt), which, like the excellent Orlando, had their premieres in London in the first half of the 18th century. From these, Bejun Mehta has chosen several striking arias with surprisingly wide emotional range – from great bravado to subtle intimate revelations and deep emotional connection.