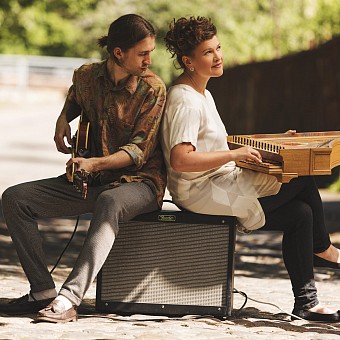 What would Bach’s music sound like, if the incredibly gifted German Baroque composer wrote it today? We can only imagine that, but it’s clear that there is a deep connection between his sometimes incredibly multi-layered scores and modern jazz improvisations.

The stage rendezvous of the harpsichordist of the Swiss early music ensemble Les Passions de l`AmeIeva Saliete and the young jazz guitarist Matīss Čudars is no coincidence. It will be a conversation that spans over centuries and borders, sometimes surprising the audience with Bach’s brave and surprisingly unrestricted musical searches that frequently evoke the modern man’s spiritual longing for the eternally beautiful and intangible. Inspired by the preludes and fantasias played by Ieva Saliete, Matīss Čudars’s meditations on Bach will be released into the world by the string queen of the 21st century – the guitar.