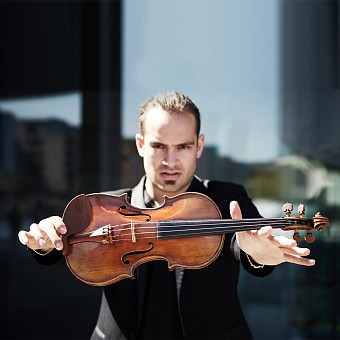 The start of this anniversary season of the chamber orchestra Sinfonietta Rīga will be celebrated in the company of geniuses. Leonard Bernstein’s Serenade after Plato's "Symposium" will evoke the feast at Agathon’s and the conversation about love or Eros. The conductor Normunds Šnē has entrusted the role of the protagonist in this piece to the laureate of the prestigious Tchaikovsky competition, the Belgian violinist Marc Bouchkov and his sensually elegant, emotionally warm and intelligent style of performing. The most celebrated man of this year Ludwig van Beethoven will be represented by his Symphony No. 4, which Robert Schumann described as a Greek maiden between two giants – the symphonies No. 3 and 5. It has a tempestuous intro, an expressive second movement, and a finale like that of a storm. Alongside that – the ouverture to the vocal work King Stephan, in which dramatic and imposing chords are interwoven with jovial dance rhythms. This bustle of images runs ahead of the audience and, perhaps, ahead of its time.