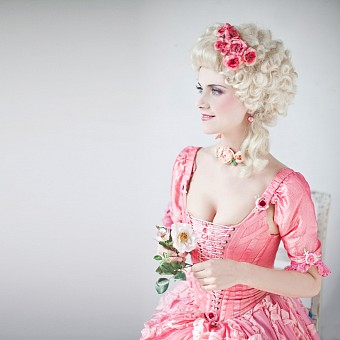 The Most Beautiful Baroque Arias

The baroque orchestra Collegium Musicum Riga was founded in 1990, borrowing its pleasant-sounding name from an orchestra that used to perform in Riga during the 17th century. Just like then, the musicians of Collegium Musicum Riga are united by great affection for baroque music. An irreplaceable asset in the revelations of its beauty and mystery is the collective’s creative director – the tenacious researcher of the intricacies of classical, baroque and early music - Māris Kupčs. The delicate shades of this repertoire are also well known to the owner of the crystalline voice and charming stage presence - soprano Elīna Šimkus. This is not their first meeting on the stage and this time, they cast their sights towards Italy to showcase undeservedly forgotten baroque opera pieces, some of which have never before been performed in Latvia. Both Johann Adolph Hasse and the son of his teacher Johann Sebastian Bach - Johann Christian Bach, who, in turn, played an important role in the education of another genius - Wolfgang Amadeus Mozart - were born in Germany but saw the peak of their fame abroad. Hasse lived in Naples, Dresden, Wienna, and Venice; was close friends with the famous librettist Metastasio and married the celebrated soprano Bordoni; worked with the legendary Farinelli, and became widely known for his influential and prolific work in the opera seria genre, enjoying a mix of the passions of the opera and otherworldly sacred works. His contemporary, the so-called Bach of London, spent many years in Bologna, Italy and was also married to a soprano before heading off to England and settling down there. And, although we mostly hear the name of Johann Christian Bach in connection to instrumental music and especially concertos, his operatic pieces are no less worthy of attention, having earned more than a few standing ovations in their time.